Particle Physics - HC Unit geometry - why do the numbers work? 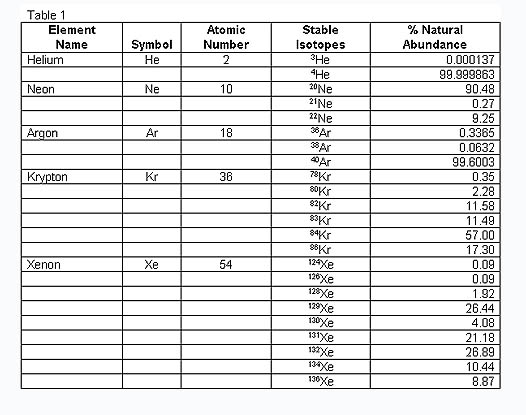 just recently, I did a post about the geometric nature of the first two Nobel Gases, Helium and Neon.

But, my HC Unit makes Helium by putting FOUR HC Units in a ring, feeding each other, ninety degrees out of phase with NO NET CHARGE or no recordable discharge.  In geometric terms, this means that Helium wobbles between a square and a tetrahedron. Vertices 1 and 3, and vertices 2 and 4, interact to produce the 'two-electron first full shell'. 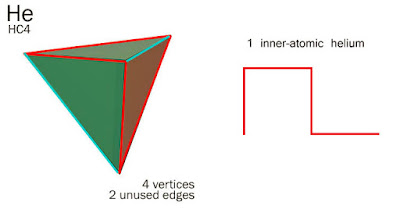 We can use this to make HC20-Neon, there will be five of these laid flat HC4-heliums, chained on the surface of a dodecahedron to make Neon. The ten unused edges are the two full shells, 2 + 8. 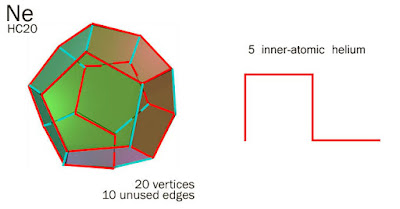 But it's a lot easier than this, geometrically...

Notice there are NO PARTIAL NUMBERS of HC4-helium combinations in the higher Nobel gases - and yes I do realise there are discrepancies with the atomic masses of the higher elements but that's probably related to the geometric instability of long chains of HC Units, "Big bubbles are less spherical," and the false-method of measuring the 'weight' of atoms using electro-magnetic path-bending.

HC Unit theory works, or appears to, but what are we really seeing here?