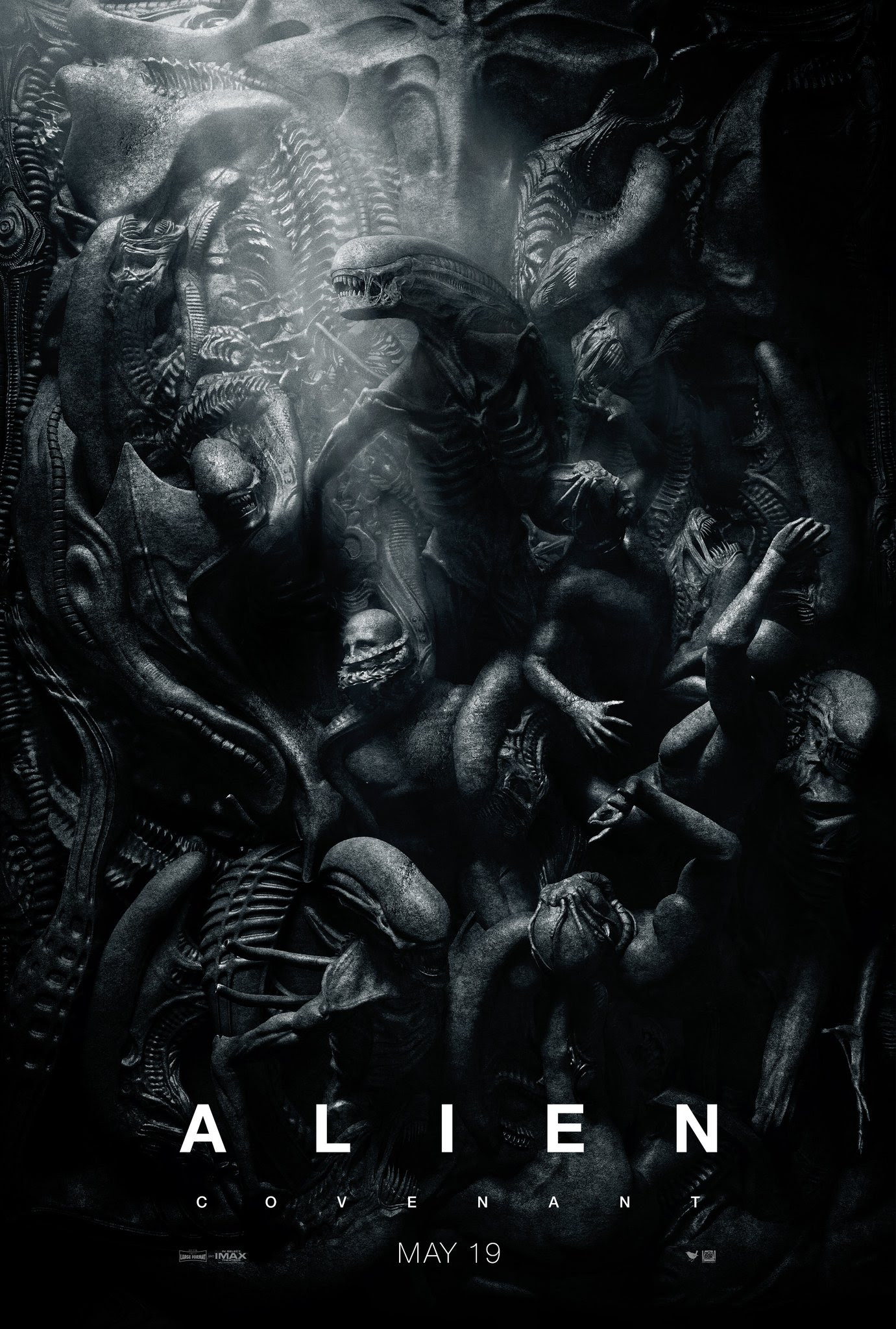 "You want aliens, I'll give you aliens," that's what Ridley Scott said in response to the dearth of Giger material in his so-called prequel to his classic Alien (1979) i.e. Prometheus (2012).

And boy has he given us aliens (vs engineers) in this new poster for Alien:Covenant.


WEEK LATER UPDATE: recently shown secret footage at CinemaCon by Fox of Alien:Covenant suggests that this above image might actually be how one of the crucial scenes of the film might look... and that makes me VERY EXCITABLE.

Empire magazine just dropped an enormous A:C bombshell in the form of several images allegedly taken from the aforementioned CinemaCon footage... and it's chocks away old chap. Or rather, "Urns away!"
Email Post
Labels: film