GridKeeper - Rothschilds were Vikings - fun on the south coast of England 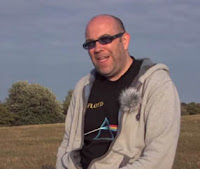 now that self-confessed super-soldier i.e. space marine, James Casbolt aka Michael Prince aka Petrus Romanus aka some bloke from Bristol or was it Devon or was it... became a US citizen, somehow met and married a billionaire heiress of the Meijer family, joined the US military, did some assassinating for his handlers, you get the message... now that he's been convicted of crimes against decency and imprisoned for something like 17 years here in the UK with the more recent threat of indefinite detention in a mental institute of the state's choosing I've not watched any tinfoilhatmaterial via the Miles Johnston Youtube Channel for a good long while but scanning through his latest swathe of  video updates from various Alternate Energy and UFO conferences and MILAB confessionals etc. this two-part video interview with a 'kitchen fitter' calling himself 'GridKeeper' is one of the most charming, whimsical and utterly convincing interviews Miles has done in ages.

Excuse the rambling opening sentence, I'm just super-psyched about this testimony is all...