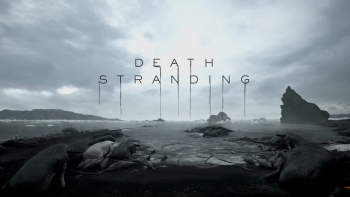 looking as youthful as ever, creator/director of the Metal Gear Solid franchise, Hideo Kojima brought THIS STRANGE BUT BEAUTIFUL THING to E3, his first game since leaving Konami in December of 2015.


"It's running in realtime on PS4," Kojima-san happily announced to the stunned conference attendees...

this version has decent resolution options, unlike the earlier one I posted


DECEMBER 2016 UPDATE: here's the new DEATH STRANDING trailer and 'wtf' is going on?