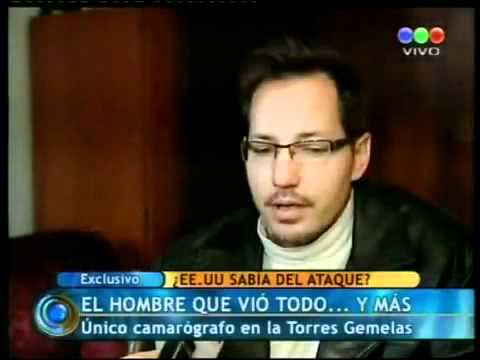 Why is official FEMA videographer Kurt Sonnenfeld still 'on the run' having filmed (and reported on) events at the World Trade Center(sic) corporate war site of September 11th 2001?

His major contention is that (in 2002 following the suicide of his wife) he was visited by the police, beaten up and accused of her murder - a classic covert setup job, ed - after which he fled to Argentina. For further illustration of how the Covert Secret Services treat their own, one only need look into the cases of GCHQ-hacker Gareth Williams or FBI-hacker Michael Riconosciutto or agent-assets like Valerie Plame or Susan Lindauer or Lee Harvey Oswald etc.

What specific 9/11-footage did Kurt film that has endangered his life so that he's still a political refugee living in Argentina?