Thunderbolts of the Gods - an Electric Universe - gravity need not apply 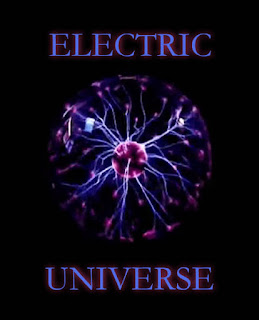 The original Thunderbolts of the Gods documentary from 2012, well worth watching Wallace (Wal) Thornhill and his Thunderbolts Project buddies discuss how Space is more likely to be plasma-based i.e. via electrical currents, than gravity or matter-attractive based.

Stars are formed at the intersections of galactic current filaments in dusty space plasma. The size of a star and its color are determined electrically and may change suddenly. Novae and supernovae are the explosive response of stars to a power surge in their galactic circuit. [source Thunderbolts Project]


I love the way this Electric Universe model cogently dispenses with both Black Holes and Big Bang Theory, two concepts that have always given me the divide by zero or infinity math-con shivers...

Unknown said…
the joke is symbolism over substance..the truth be told symbols are the substance.. and just as four from above becomes five, pentas' gave way to hexas'.. even so with it's inverse we find much more than 12 angry men in a battle stretch my noose.
5:55 am