Transformers 5 - Templar Excalibur - for ours to live yours must die! 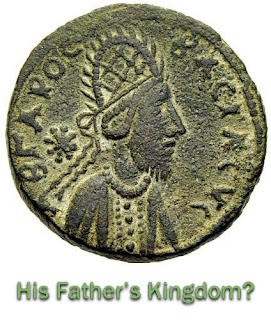 I love (have loved all) these Transformers films, especially when they try to Templar-Excalibur the past in this (cynical) way. The Templar i.e. King Arthur, story of the near-Revolt of the King of Edessa against the unHoly Roman Empire in AD70 only came to the world via France in the twelfth century with the return (from modern day Palmyra, Syria) of 'some other story' that contradicts the official Josephus Flavius story of the birth of a Messiah. But what will Transformers 5 really reveal about the Egypto-Hyksos heritage of the Vatican City's favourite thorn-crowned poster boy? What truth will it really unveil to you, the general public?

On the subject of stolen worlds, "For ours to live, yours must die," is totally laughable when the only Real Conquest is the conquest of Under-Standing that Debt-Finance is the Great Demon upon this Free Planet.


NOTICE: that all these 'gods' are shown on coins, coins are generally made of some precious metal, like gold, gold is the colour of the sun. But what if our original sun was a proto-Saturn i.e. purple dawn of creation... this is one of the most concise summaries of the whole Temple of Saturn nonsense, Mollock, call it what you like, Christianity or Christmas, why not...