Death of all Gods 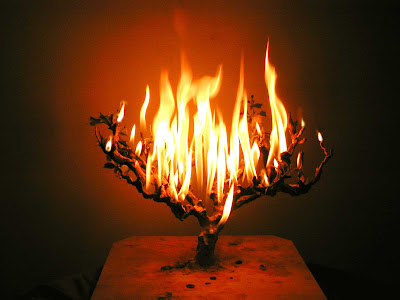 The Pagan (or so-called Nature) Gods were a hardy bunch, surviving even in Canaan Judaism as FERTILITY GODESS statuettes in the form of Mother + Child. But they ALL DIED (or were subsumed) into the Monolith, the Onesong, the Tone. "You will buy more shit," it shines like a blinding beacon in a profit-storm of war-machines.

The problem is THE MARKETING OF RIGHTEOUSNESS has ruined Diversity on this Free Planet. All around the world it's OUR MONO-GOD vs THEIR MONO-GOD and all that utter fog-of-war divided/conquered bullshit and waste of The Human Experience. We need more flowers pushed into gun barrels again. We need more Real People pissing on the Burning Bush of fascist global compliance to a fantastical never-never.

Nothing else matters, the three facts that opened this post are the most important and undervalued aspects of our Human Experience.
Email Post
Labels: dogma

Mike Philbin said…
The DEATH OF ALL GODS is the only thing that's going to save us. Because then we have to START THINKING, rather than taking arbitrary orders from hidden control freaks. We'll be HUMAN once again, and not Consumers of Garbage.