If space were a material - what would it be - universe of heliospherical atoms?

Why is space so big? 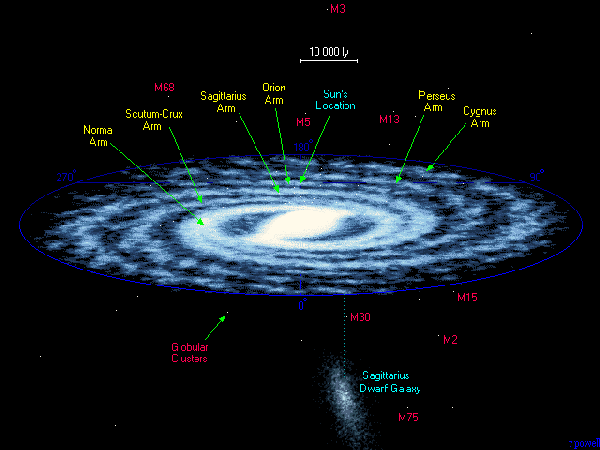 Have you ever looked at it? I mean, above, that's just our galaxy, the so-called Milky Way. And there are millions of galaxies within range, and millions more in clusters outside that.

Why does 'space' have to be so enormously enormous aka BIG?

And it got me to thinking, "You know that most of the stuff, most of the phenomenon we call MATTER, is just space," or the distance between cores. For example: if the electron shell of atom were the size of a football field, the proton/neutron nucleus would be the size of a flea on the 50-yard line! And that's a lot of a) space within and b) space without. Atoms rarely 'touch' in most media, even in outer space. They spend most of their time separated by quite enormous distance at ambient temperatures and pressures of space, even in the atoms in a cup of hot tea.


And what is the universe but a series of globular distances between atomic-cores, pin-pointed by the stars at their centres. Are these macroscopic galactic structures equatable with the microscopic molecular structures? And can we say 'what kind of material' the universe would be were it represented by these heliospherical 'star atoms'?


SUPPLEMENTARY THOUGHT: I'm (personally) very keen to see what Voyager I and II discover 'outside the atomic Sun boundary' layer or spheroid. Out in Deep Space, between the Stellar Atoms.
Email Post
Labels: science