We had a lovely family day out in London, took in some of the tourist sights AND then the British Museum. We ended up in the Witches and Wicked Bodies exhibition of drawing and sketches. Upstairs from that was the Japanese exhibition where I discovered an artist I'd never seen before, Junko Mori.

Junko Mori is a Japanese metalworker. She was born in Yokohama, Japan in 1974. She graduated in from Musashino Art University in Tokyo in 1997 with her first BA in three-dimensional design. Mori then worked as a welder in a factory for one year.

Here is some of Junko's amazing art, sculpted from tiny cut leaves of black metal - it's truly inspirational and nature-based goodness (click to enlarge). 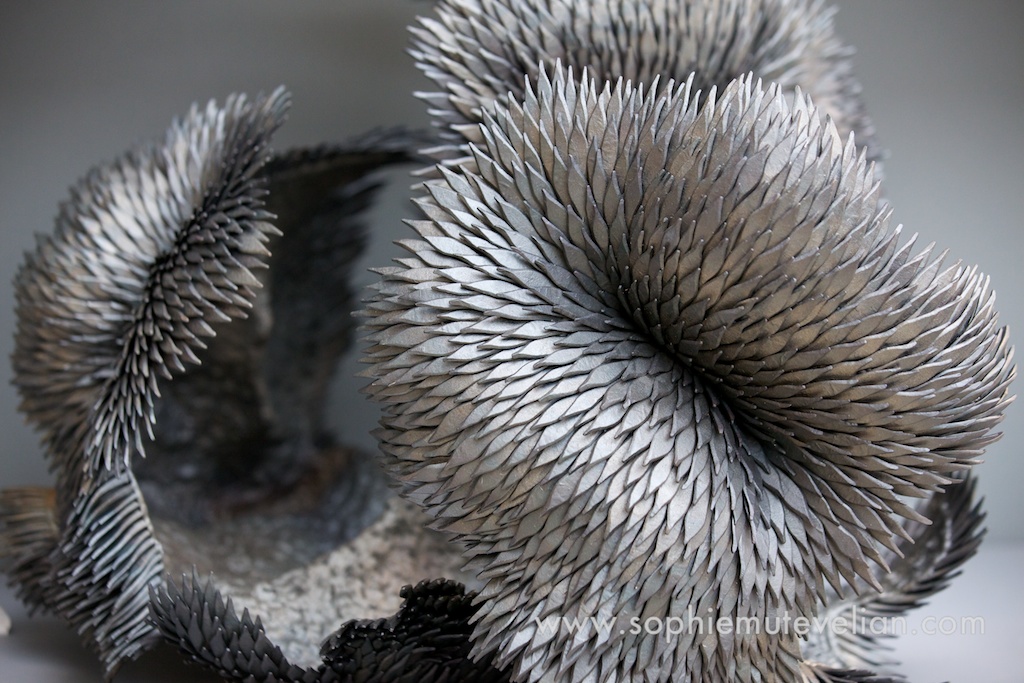