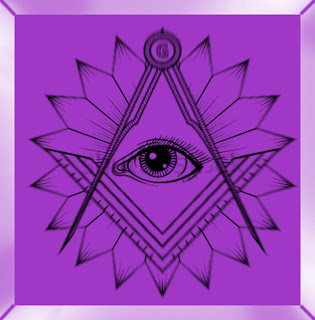 David Talbott explores the old historical myths (randomly updated via local variation and adaptation) that seem to describe a sky that bears little or no relation to the sky we see today... what could have inspired such (order after chaos) Creation Myths that populate all phases of early man's civilisation? I've been researching the Electric Universe over the last few years and this is one aspect of the whole 'story of our solar system' that I've had the greatest problem with.

I realise, while writing this, that many of you are gonna claim some sort of Freemasonic motive behind my support of such an astounding claim but, for me, the origin of Earth in the plasma-rich purple heliosphere of proto-Saturn some 20,000 to 10,000 years ago has nothing to do with implied Satanism or Demon Worship or any Ritualistic Sacrifice to unattainable godness. Freemasonic symbolism may just be the 'way we leave the truth for our children', it's unfortunate that the Freemasonic message have been sullied by accusations of institutionalised child abuse and invocations of demonic soul splinters for financial gain.

Alien Sky has everything to do with, "Who we really are, and where we really began," far out in space, skirting the sun's heliosphere in a periodicity of 120,000 years (if the Vostok Ice Core data holds any evidential water)...

FURTHER ESSENTIAL VIEWING: there are loads more of these David Talbott videos, he's been a very busy boy - the Mars story, next, is just mind-bogglingly good.

The negatively arced sculpting of the Martian surface could (I say 'could') also have been caused by an alien race using high energy electric discharge mining techniques.... as scientists, no idea should go unexamined, but it still all needs bringing out into the open and discussed in scientific/engineering circles worldwide. And it needs to be done NOW.

Finally, there's this one, The Electric Comet - but this starts to wander back into my efforts to self-convince on the principal of a (static, no pun intended) Electric Universe above a Gravitational (or Big Bang) Universe. The following video also totally dispels the (insane) suggestion that 'all the earth's water' was 'delivered to a dry planet' by 'asteroids, comets and meteors'. There is no water on most comets. Most comets are dug out of a planetary surface via Electric Universe plasma effects. It's hilarious that this is not mainstream, after all these years of research by engineers in the field.