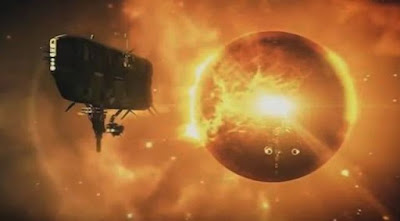 well, I'm just obsessed with this Ancient Ancestors series of films by Damon T Berry titled The Knowledge of the Forever Time.

EVENING UPDATE: okay, I've now watched all five of Damon T Berry's amazing films and I'm just like freaked right out. It made me wonder if The Noah's Ark Story didn't (necessarily) take place on this planet, and it was nothing more than a galactic message of how Worlds End, all across the universe. A watery end, drowned by the exhaled breath of each planet's inhabitants.

I'm gonna have to have a BIG THINK about the ideas and findings of the Forever Time set. I have BIG CONCERNS that it's just a mainstream-media-like rehash of certain stargate (film+show) ideas but there are a lot of really interesting/terrifying aspects to these potential revelations. I've always thought the sun was a stargate, in fact I wrote about it in my 2014 novel Liberator (Free Planet #2) but I've never been a big fan of The Great Big Universal God Family...