Four new two-border 20" x 16" paintings in a similar style, but what happened?

As usual (it's like when I'm writing, where the characters start to take over, which I love) the colour pairs seem to have gained a life and personality of their own and (while they're still in the same style as the previous six paintings) they're a little different in fundamentally important ways. 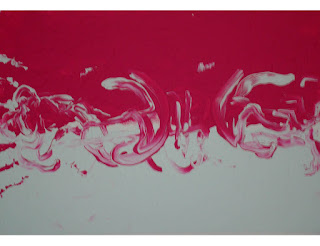 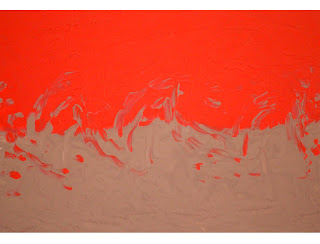 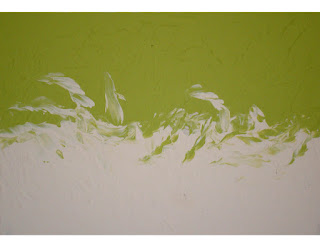 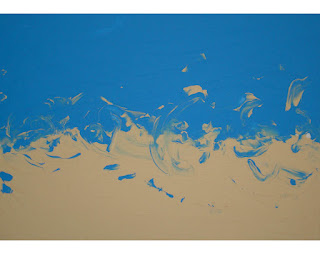 DAY LATER UPDATE: I did three 50x50cm paintings a few days ago. I had this great plan, and it went wrong. The colours all got mushed to grey and they were nasty. Rather than destroy them, as I have done with so many of these paintings already, I repainted them so they look as I'd always intended them to.

To me, the artist, without having thought too much about it, these shapes across the two-colour divide look like some sort of INTERFERENCE PATTERN or convection current or soft-refracting-overlay. I can't work them out, and that's why I like them.