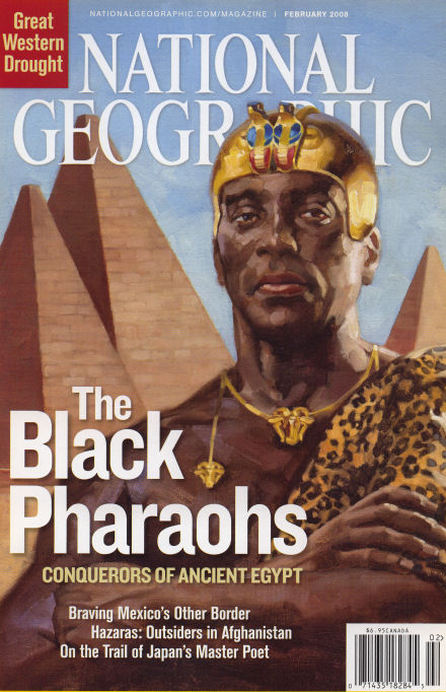 okay, we hear all the time of 'the mother of mankind' or Mitochondrial Eve i.e. the woman whose genetic origin formed the foundation of the House of Modern Man.
Now, I'm not a super-huge fan of this, because 'life doesn't start in one place' like that. Life is many tentacled, many limbed, many origin'd.
Another thing, this Out of Africa model has ONE RACE pouring out of Africa 120,000 years ago to populate the whole of the world, via genetic mutation and inter-breeding and cross-breeding. And in several waves, separated by thousands of years, one might add. And this might have happened...

What of the RACES OF EARLY AFRICAN MAN who didn't explore the rest of their world, "Is this the unseen ADVANCED race," the one who STAYED IN AFRICA? Developing their science and culture for millennia before they ventured out? Into the world? In their ocean-going boats or flying vimanas?

Africa is mineral rich, the Chinese know this, and look how far we've come in the last 2,000 years -- what wonders might these early scientists have created or have been lost to whatever cataclysm appears to have visited mankind many times in its brief soujourn upon this dangerous world. Did this Black African Super-Race explore/colonise the southern hemisphere of our world (Maya, Australia, India) using the trade winds before venturing north into the icier pagan territory of Europe via the Mediterranean?