I realised there was something wrong with the above set of three, INSTANTLY, because I'd tried too hard to Thinky Them into existence, little sketches and measurements and everything, "I know what I was trying to do when I created them but I really fucking hate them, with a passion." Now they're gone. Axed them after breakfast and coffee. Good riddance. Their replacements will be more relevant to the Family, less contrived.

The five new births are a radical departure from the safe world of dark-light left-right I'd gifted myself, they break the borders, they show canvas between the two worlds, they're all 60x40cm and they're dangerous and I love them. In fact, the fifth of these images convinced me how bad the above three were, hence this new post. 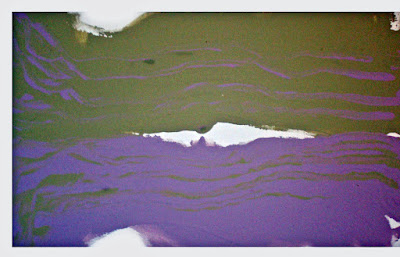 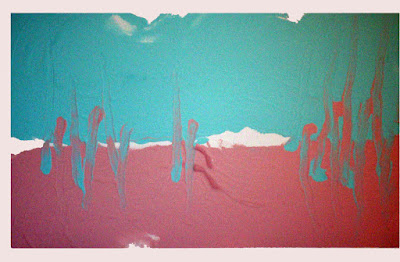 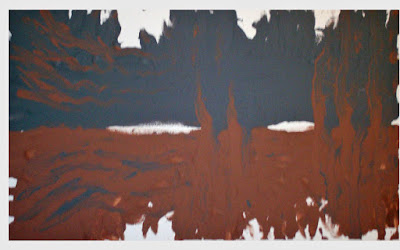 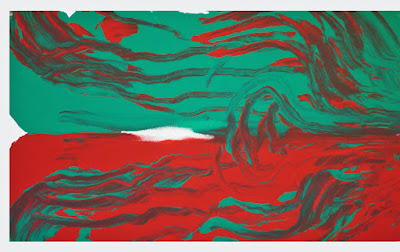 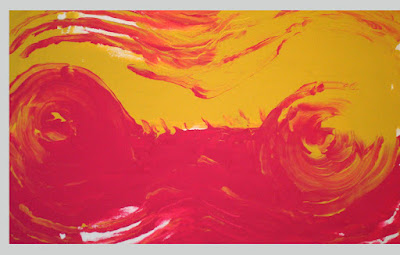