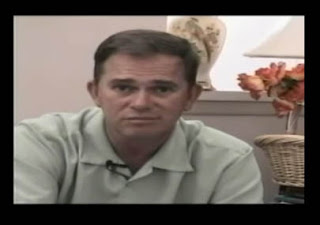 having worked in Corporate (several mainstream video games companies in the 90's and 00's) Industry, I understand all this talk about NDAs or Non-Disclosure Agreements.

Any corporate employees indoctrinated into these cutting-edge industries are asked to sign a legal document that they will not share any details of technology or data or systems that company uses or makes or otherwise develops. They are sworn to secrecy. They can even be legally threatened when transferring from old job to new job, about their responsibilities to the former NDA they will have signed.

It's how business is done. It's the same in Finance. And religion. And the Military. Some things just aren't allowed to be discussed or understood or known. Not by you, the people who pay for everything.

In the following UFO-crash retrieval and cattle-mutilation video from 2006, Linda Moulton Howe (00:23:00) interviews retired navy chief yeoman Tom Shepherd about an incident at White Beach Naval Base in Okiawa Japan on Thanksgiving of 1976. Even if this is double-play intelligence-gaming, we're still sick of this NDA-nonsense. We (the people) are brave enough and clever enough and strong enough to HANDLE THE TRUTH. Whether there is or whether there isn't some kind of alien presence on this planet, it's time for us to be told the great big secret.

"I think the public should be given the truth. Enough is enough." -- Tom Shepherd.