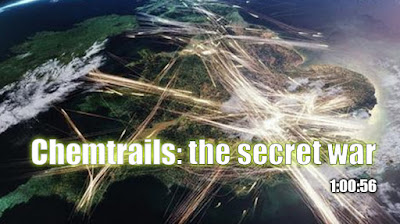 A new Italian film, Chemtrails: The Secret War has been released showing a disturbing covert military agenda behind the sinister phenomenon, one that according to evidence presented includes far more than weather manipulation for “climate change.”

“The US Air Force has the capability of manipulating climate either for testing purposes or for outright military-intelligence use,” economist Chossudovsky wrote. “These capabilities extend to the triggering of floods, hurricanes, droughts and earthquakes. In recent years, large amounts of money have been allocated by the US Department of Defense to further developing and perfecting these capabilities." [source MARCIANOS]


Yeah, it's in Italian with subtitles, deal with that.