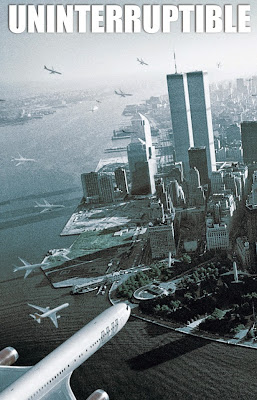 FAA as in Flight Attendant Analysis ... according to ex-flight attendant Rebekah Roth, Flight 11 was ON THE GROUND, IN A HANGAR when Betty Ong's 27-minute phone call was made to 'reservations' during the in-the-air hijack of her flight on the morning of September 11th 2001... in fact, this is only one of many interviews Rebekah Roth did about her to '911-novels' Methodical Illusion and Methodical Deception and you can find those other interviews on youtube and elsewhere.


FORMERLY KNOWN AS REBEKAH ROTH...
Oh, oh, oh, here's Kurt Haskell (if you think back, you'll remember that he's the guy who stated that the s0-called underwear bomber Umar Farouk Abdulmutallab was allowed on to NWA Flight 253 without a passport and with the help of a Handler) talking to one of the first interviewers of Rebekah Roth i.e. Pete Santilli, about his concerns about WHO or WHAT is this Rebekah Roth character... listen hard to this, it's rivetting.

So, what's the real story here, "Is 'Sara' (Roths' above-alleged real name) a Protective Services State Employee who's stooging for the Government with her evidence, or HAS SHE BEEN SETUP/SCRUBBED/USED BY CIA for their own agenda?" Wierd just got wierder.

AND NOW THE OFFICIAL REBUFF:  from Koreann Ashlie-Nourani (Sara's (Roth's (final (final) real name))), sir yes sir...  and here she (obviously) talks about truths she's going to reveal in her third Methodical novel. Yeah, and don't all get on my back, we all know I have a HISTORY of writing names far too numerous to litter this post with. Do the math, all may not always what it seems (or is served up) to be. This baby's gonna run and run, 4-sure.