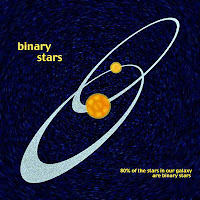 We are a lost race, a lost knowledge, a lost star... Precession of the equinoxes, perihelion precession, changes in the tilt of Earth's axis to its orbit, and the eccentricity of its orbit over tens of thousands of years are all important parts of the astronomical theory of ice ages.

"A companion star is THE ONE STAR that doesn't undergo Precession..." Walter Cruttenden.


It appears precession is speeding up or slowing down over the Long Day i.e. the 24,000 years of the Processing Day, and that's only fully explained by the BSC or Binary Star Concept and this video points the finger at an Ancient Egyptian Pyramid-targeting star that seems to avoid precession as only a TCS or True Companion Star is able.


Maybe Sirius (the star that seems precession-free) and our Sun are both orbiting a third AS YET UNSEEN orbital focus somewhere between the two... get some maths heads on this problem. Stat!


FURTHER VIEWING: here's that documentary The Great Year (narrated by James Earl Jones) that Walter mentions in his presentation, it's rivetting viewing.