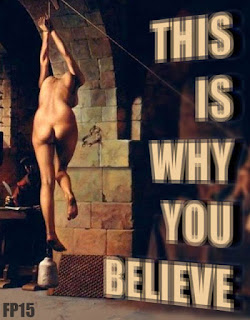 The major reason you believe (in god (in work (in abracadabra))) with such passion is due to SLR or Serious Legal Repercussions and that's enough deterrent for most rational indoctrinates who want to avoid such pain.

Even those brave thinkers among us who believe in something like non-marketed non-indoctrinated non-anthropomorphised PERSONAL CONSCIOUSNESS still generally go ahead and externalise it to the regal 'him' and 'his' (in terms of 'the lord's power') as entirely separate from 'you' and 'yours'. ???