What if the Nephilim (or Annunaki) were not the so-called Fallen Angels... what if they're Homo Capensis?

Free Planet is an often-inspirational time-vocation for me so I'll stick my neck out and say, "The Celtic (p~ or q~ variant) or Khumric language doesn't feel right for an Atlantic-coastal or Atlantic-invading Younger Dryas tongue," it's got too much mid-European, Mediterranean or western-flung PIE stuck to its face. Giants often have distorted or otherwise elongated skulls and deformities within their bone structures and surely their range of vocab would be different from their smaller (conquered) European humans. We often refer to these people as Cone-shaped Heads or the genus Homo Capensis and they're found all across the world.


Many 'holy books' tell of a Giant Race of People arriving in ships that floated in the air, whatever that means, and by giant we mean between 9ft and 18ft tall. They often had hyper-elongated skulls like the coneheads found in Paracas in Peru and all over North America but were pale imitations of the so-called Alien Visitors they sold themselves as but they convinced the far-more-numerous and gullible Early People to do all their digging work for them, for their fabled GSP or Golden Sky Project.


The (Giant, Conehead) Nephilim might have been one blood or family...

Monuments like Ring of Brodgar, Stonehenge and Avebury constructed in Ancient Briton tell of the size, hierarchy and number of these Worshipped Giant Con-artists in the respective slave regions and the monument of Carnac (in France) points directly to their TWO HOMES (South American and North America?) across or Somewhere in the Atlantic Ocean - there'll be a coded message in the stones, and more, a Song of the Ancients containing all of their superior scientific knowledge.


The Giant Ginger Coneheads of this time got their come-uppance once the locals woke up... 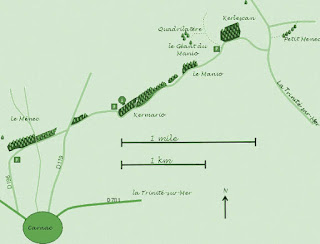 OHIO SEEMS TO BE GIANT CENTRAL: for those who've suddenly found themselves interested in 'these monuments that illustrate the physicality of the humans to their giant rulers, check out this interview with Fritz Zimmerman on Capricorn Radio about the 9ft to 18ft human skeletons found in Ancient Burial Mounds in Ohio and elsewhere in USA that might show a global nautical race of superior giant-conehead con-artists i.e. god-maker charlatans, all of this evidence destroyed by the Smithsonian over the decades of their discovery to promote and protect their Governments so-called claim to the 'ownership of the USA'.

Government trashing History/Science in the name of Godma? never gonn' happen... oh, unless you ask Galileo.

FOOTNOTE, ON THE USE OF MASKS: Klaus Dona has uncovered giant masks carved from a stone called Ludite, these masks are too big for human-sized heads. Did the cone-head con-artist Giants or Nephilim of Ancient Times never show their human faces to the masses i.e. did they always wear such masks? Is this (perhaps) why the central twin T-shaped pillars of places like Gobekli Tepe show giants with no faces? Monoliths of Knowledge rather than Giant Friends of Man. Anonymity, after all, is a key feature in Mystery and The Intel Game. Deliver dictats, not show weaknesses...
Email Post
Labels: ancient ancestors